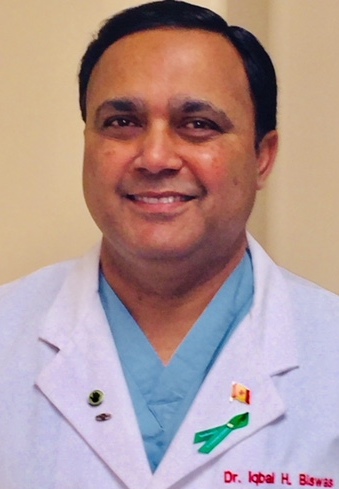 Dr. Iqbal Hussain Biswas is a physician specializing in anesthesiology and pain management and is a staff anesthesiologist at Cambridge Memorial Hospital (CMH). He is a Diplomate of the American Board of Anesthesiology, a Fellow of the Royal College of Physicians and Surgeons (Anesthesia) of Canada and a member of the Canadian Academy of Pain Management. He is also an Assistant Clinical Professor (Adjunct) at McMaster University.
Dr. Biswas received his medical degree from Calcutta University and went on to complete his anesthesiology residency training at New York Medical College and fellowship in Critical Care Medicine at Mayo Clinic.
Dr. Biswas has been serving this community since the year 2000. He has been actively involved in community service and volunteering and has served as the president of Medical & Professional Staff Association at CMH and was Chief of anesthesia at CMH. He has served as a member of the Rotary Club of Cambridge – Sunrise. He has also served as a director at the Cambridge & North Dumfries Community Foundation Board, Cambridge Memorial Hospital Board and St. John’s Kilmarnock School Board. He was Chair of the Physicians & Medical Professionals Campaign for MRI in Cambridge. Currently he is a member of the Board of Directors at Cambridge Memorial Hospital Foundation. 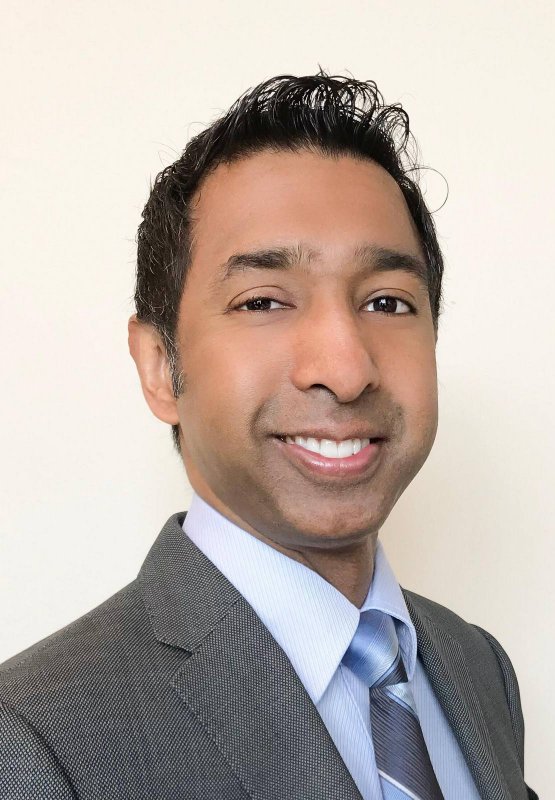 Dr. Easo holds a Bachelor of Science degree in Biology from Acadia University, completing his honours thesis in Immunology. He completed his MD at McMaster University Medical School. Dr. Easo continued his anesthesia residency training at the University of Toronto, completing training in 2004.
Dr. Easo currently holds active staff privileges at Milton District Hospital where he has a busy community anesthesia practice in one of Canada's fastest growing cities.
Dr. Easo is proud to be part of the anesthesia team at Tri-City Colonoscopy since its inception and aims to provide a comfortable and safe experience for all patients undergoing procedures at our clinic. 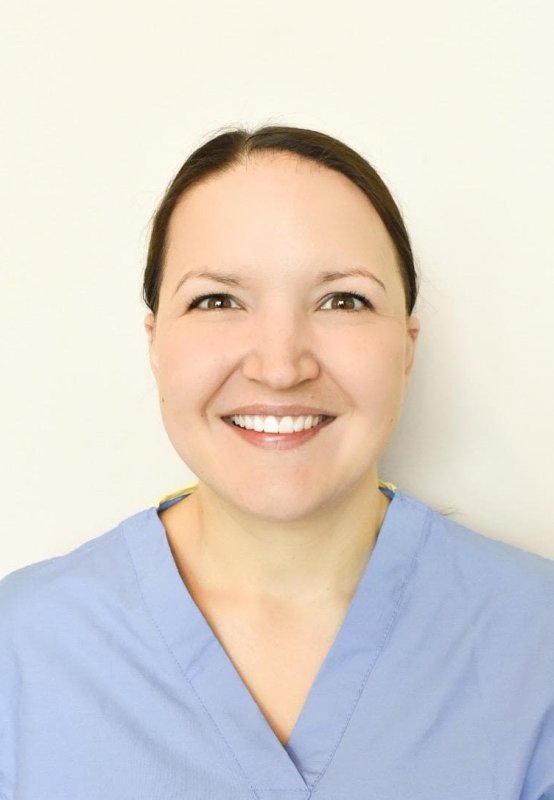 Dr. Karen Leone graduated from medical school with honours from the University of Toronto in 2004. She subsequently completed her residency in anesthesia at McMaster University in 2009 and is a fellow of the Royal College of Physicians of Canada.
She has practiced anesthesia at Cambridge Memorial Hospital since 2009. During that time she has been active on numerous committees and was Chief of Anesthesia from 2014 to 2017.
She has an interest in teaching medical students and residents and is an assistant clinical professor (adjunct) in the faculty of medicine at McMaster University. She also served as the regional education leader for anesthesia from 2011 to 2014. 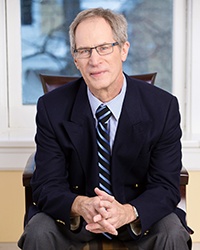 Dr. Paul Nicholas completed his medical degree at Dalhousie University in Nova Scotia before going on to specialize in anesthesia. He is a Fellow of the Royal College of Physicians and Surgeons and has over 30 years of experience in anesthesia. Dr. Nicholas was also the former Chief of Anesthesia at Cambridge Memorial Hospital.
Besides working at TCC, Dr. Nicholas is the chief anesthesiologist at The Cosmetic Surgery Clinic in Waterloo, where he has had that role since the clinic was founded. He ensures that all patients remain safe, relaxed, and comfortable throughout their procedure, and he takes the utmost care to provide the best possible experience for each and every patient at Tri-City Colonoscopy Clinic.

Dr. Paul Westacott completed his MBBS degree at the University of Queensland in Australia, graduating in 1978. Three years later, in 1981, he immigrated to Canada and settled in Toronto. He later went on to specialize in anesthesia at the University of Toronto and became a Fellow of the Royal College of Physicians of Canada.
Dr. Westacott relocated to Cambridge when he began practicing at Cambridge Memorial Hospital in 1986, where he has had active hospital privileges ever since. His clinical interests include operative anesthesia, sedation, and chronic pain management.
In his free time, Dr. Westacott enjoys spending time on the ski slopes as well as practicing his skills on horseback.

Fecal Transplants: The Secret to Long...

I just wanted to thank the team for a very efficient colonoscopy process this morning. From the positive greeting when I arrived, to Becky who interviewed me, to Patricia who was the nurse in the recovery room, to the team in the OR (Dr. Flamand, Robin, and Dr. Easo), the process was professional, caring and highly efficient. Your team is very good about putting people at ease. I (almost!) look forward to seeing the clinic again in 5... Read More

I came in nervous and was put to ease and made to feel comfortable by all the staff. A caring environment that was appreciated.  Read More

Thank you very much for for the excellent care I received during my recent appointment for a colonoscopy/endoscopy. Following the procedure I was able to walk out unassisted and didn't feel nauseated.... I really appreciate your care, concern, expertise, and attention to detail! Thank you! Read More

Thank you for making my first experience with colonoscopy as comfortable as possible! Your whole team is warm, caring and professional and they very effectively alleviated my anxiety and embarrassment. I highly recommend your clinic because of the clean and welcoming atmosphere and the wonderful care that I received. Read More

I was very impressed with the ambiance of the clinic – certainly not cold and foreboding like I thought, but warm and receptive, just like your staff members. Everyone was pleasant and obviously considerate of what I was about to endure.
Your clinic is a very important addition to our outreach health care system. Keep up the great work you do!
Read More

Having a colonoscopy done by your clinic was very well organized and efficient. I am recommending to my friends and family that coming to your clinic is a positive experience all around. Read More

Just a short note of thanks for making an unpleasant and scary medical procedure comforting and seemingly pleasant under the circumstances. Read More

I just wanted to thank Dr. Flamand and all the staff who assisted in my recent colonoscopy. They made my visit so pleasant and comforting. Read More

Thank you so much for your professionalism and care that you gave me at my appointment last week! Read More

This brief note is to thank you and your staff for the very thorough and professional treatment offered to me during the entire colonoscopy process. You and your team do good work! Read More

I found that your clinic was very well managed. The whole procedure was efficient and uncomplicated. Thank you so much for the professional and gentle treatment. Read More

Top notch professional staff. I was walked thru everything right up to the point of falling asleep. I woke up wondering if I had even had the scope done, I didn't remember a thing after being sent off for a nap. I can't forget to mention the nice nurse that was in the room and the receptionist. I not once encountered anyone less then nice and I am so glad. Really eases my fears for any future procedures. I appreciated that the doctor came in... Read More 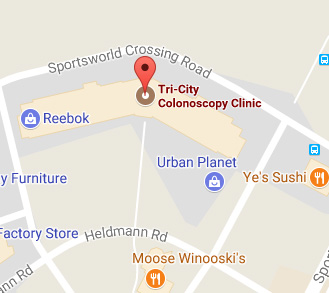 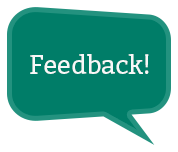 Give us your valued feedback

Thank you for choosing Tri-City Colonoscopy Clinic for your endoscopy care. Please take a moment to provide us with your valuable feedback.

Designed and developed by Lifeline Design